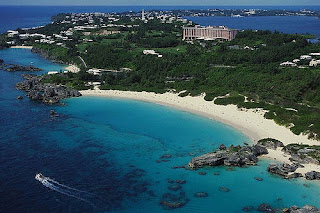 Commonly misconceived as a Caribbean island, Bermuda is actually an Atlantic one, with a location that’s closer to Washington, D.C. than it is to points south. As a result, like much of the northern United States, this balmy British isle kicks into high-season in summer — while other islands of its ilk are becoming too hot to bear. With its fantastic golf, charming historical cities, gorgeous bougainvillea, splendid pink-sand beaches, and endearing pastel-colored houses, Bermuda attracts a loyal following of repeat visitors. Plus, its proximity to the United States makes it ideally suited for a quick getaway — at around two hours from the East Coast, you can be there by lunch.

Why go in 2009? Bermuda turns 400 in 2009 (www.bermuda2009.bm) and is commemorating the historic event with a bevy of promotions and special events. Helping to bring affordability to the costly island is the Department of Tourism’s “Compliments of Bermuda: 400th Anniversary Offer,” which gives up to $400 credit towards air-and-hotel bookings made at select hotels (travel through March 31; book by March 27), as well as a “400th Anniversary Passport” savings booklet valued at up to $1,000. Meanwhile, event highlights include the Tall Ships Atlantic Challenge 2009 in June and the Bermuda Festival For The Performing Arts in January and February. Also of note: The upscale, all-suite Newstead Belmont Hills Golf Resort & Spa (www.newsteadbelmonthills.com) opened its doors in early 2008, while the exclusive Tucker’s Point Hotel & Spa (www.tuckerspoint.com) is set to debut in April 2009.
Posted by once upon a time... at 10:26 AM